3D graphics involves a lot of mathematics. This includes concepts such as vectors, trigonometry and matrices. Luckily DirectX contains mathematical functions that you can use to process and manipulate 3D graphics. 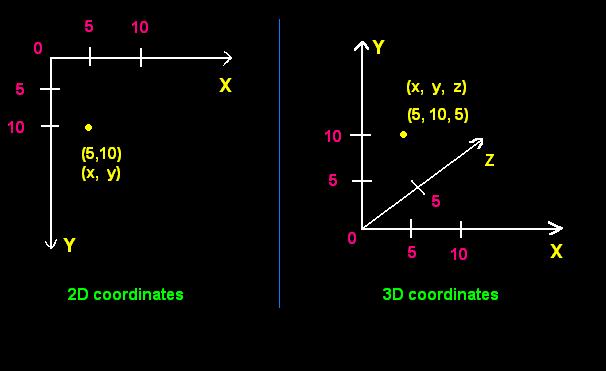 Overview for 3D Graphics in a game

These topics will be explained in more detail, but I just wanted to give a brief overall picture of what is going on in 3D games, particularly in displaying 3D graphics.

3D graphics includes some 3D primitives – these are objects that are just basic and used to build other 3D objects.

DirectX has the following graphics primitives that are part of Direct3D graphics engine:

These primitives are shown below. I have emphasised the points so that you can see that some of the objects were created from joined up points. 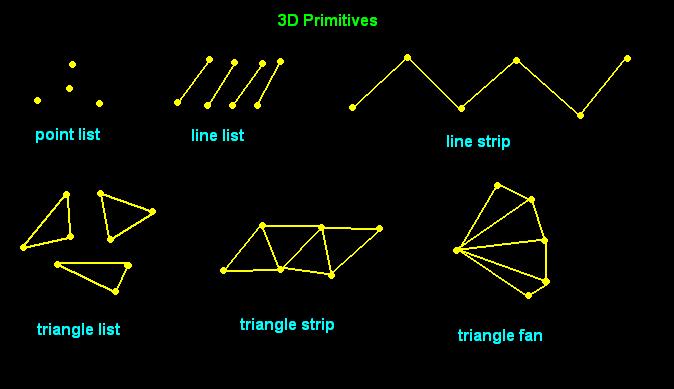 3D objects are built from vertices of triangles. Each point (or corner) of a triangle is a vertex and 3 vertices make up one triangle. More information about vertices is here. These vertices are what the graphics engine uses to display graphics on the screen. The process of displaying an object on the screen is called rendering. The triangle is a closed figure and hence is a polygon.

An example of a 3D object is shown below. It is a tiger taken from one of the DirectX SDK sample files using a program called Meshview. It’s from the DirectX 9 SDK (which is now old software). 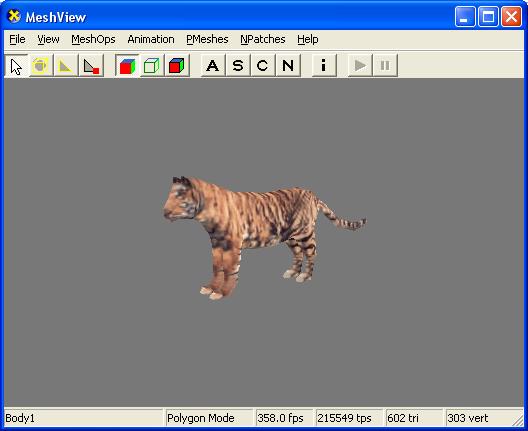 Now have a look at the tiger below when you take the “skin” off it. You should be able to see the triangles! This is called wireframe view. 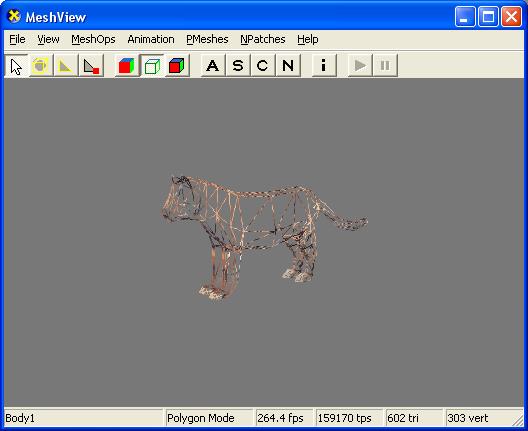 The tiger above, which is a 3D object, was created using  3D modelling software such as 3D Studio Max or Blender. Within this software package, you can apply textures (or skins) as well.

Some 3D modelling software packages are below:

A 3D object is also called a 3D model. You can either buy or download royalty free 3D models. For example, you can get them at CG Trader. Other places are on the resource page as well or you can search online.